A young Apprentice is set on a mission to find a mystical beast that may or may not exist. Constantly trying to impress his mentors he spends the summer trying to prove the beast is real.

The entire film was shot in Lake Tahoe with the External Scenes taking place in South Lake near Camp Richardson and the Internal Scenes up North in Carnelian Bay. Finding the right locations was fairly important to the Director because the mise en scene helped tell the complex story in the short amount of time.

We used the "RodeLink Wireless Filmmaker Kit" and the "Rode NTG2 Shotgun Microphone" that were attached to a "Zoom F4 Multitrack Field Recorder". Surprisingly all 3 pieces of equipment were used by an amateur Boom Operator/Mixer. The Boom Operator/Mixer is the brother of the Director, who is slowly getting into the audio realm of filmmaking, transitioning from making hip-hop/R&B music.

The rest of the tools and talent came from a rag tag group of Sacramento State Film Production Graduates and Sac Casting's many gifted actors. With limited resources we relied on favors, last minute commitments, and a whole lot of passion and drive.

This production felt completely guerrilla style, but we wouldn't have wanted it any other way. 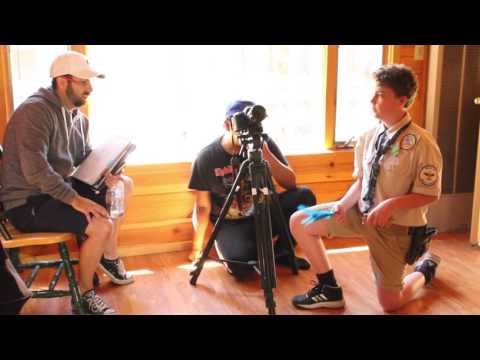