On a dark rural road in the not-so-distant future, Damon finds himself face to face with the tragic end to a hunt he never wanted to embark on: the hunt for a ruthless killer.

A Breach of Solace was shot in a single night over a period of approximately 5 hours (including breaks and setup/tear down).

We incorporated a few new techniques we hadn't used previously for lighting such as the use of a ring light and a completely mobile setup involving battery operated lights for the longer shots in the film. 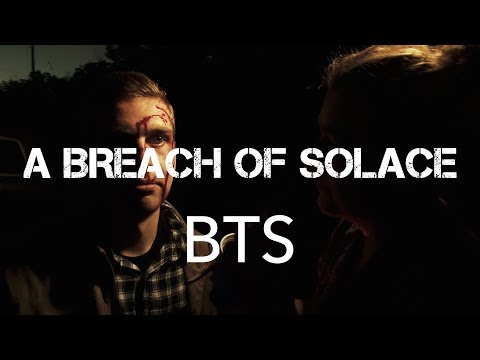