Confused and lost, Alice is running for her life from a strange man intent on catching her. Something is not right, something is missing. Will Alice figure out the truth before it's too late?

We filmed 'Missing' over two days in the seaside town of Weston-super-Mare.

We used the Rode NTG3 shotgun microphone for all our dialogue. We love this mic because of its high sensitivity and low noise. It's also really robust which always gives you peace of mind on location.

We used the NTG3 in conjunction with our Rode Blimp and Dead Wombat. This really helped to reduce our wind and handling noise. This was particularly necessary when shooting on the windy seafront and beach. The blimp is also extremely light weight, easier on the arms for those long shoot days.

We also hired in a set of radio mics and recorded all our audio to a Zoom F8 recorder.

Unfortunately, in the final scene (our emotional climax), our audio was compromised by an Elvis impersonator performing at a nearby hotel. To get clean enough dialogue we decided to try our hand at some ADR. We set up a makeshift sound booth using blankets, duvets and some sound proof foam and used our NTG3 to try and match our on location dialogue. Our actors were able to see and hear the original capture to try and match their on location performance.

We then had to record wild tracks and foley. We mixed all these tracks with some of our original audio in logic.
Finally we composed some original music to enhance our chase scene and then arranged a version of 'Parting Glass' (the song sung at the end of the film) for a string quartet to underpin our emotional climax. 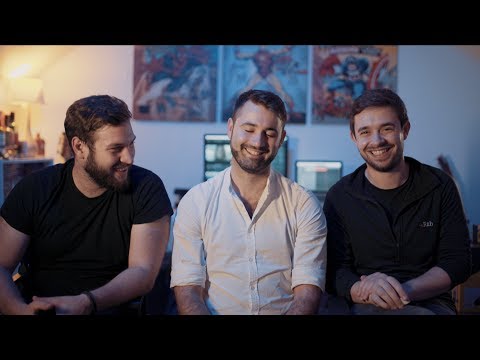