"Bouncer" is about a basketball who loves making friends and hates being thrown.

I started this project with an idea, I wanted to make a film that blended animation into a practical character. Not revolutionary by any means, but new for me. I've never done any sort of character animation and had extremely limited knowledge on the subject. After hours of tutorials I gained some understanding of the process. My next obstacle was actually getting a face onto the ball. I knew that CC Sphere in After Effects had some cool features, so I did some preliminary tests. I finally came up with what I feel was the best way to pull the effect off. I used the knowledge I gained from the tests, to shoot the film in a way that cut down on post production, as I knew the animation would take a while. I shot the entire thing on a Panasonic G7 using a RODE VideoMic GO. For the majority of the shots I used the Panasonic 25mm F 1.7, but for the wider shots I used the Panasonic 14-42 kit lens. For lighting the outdoor shots, I only used diffusion for my actors face. For the indoor shots I simply lit the scenes with one soft box and daylight from a window. Editing, color grading, and audio were done in Adobe Premiere, all of the VFX were done in After Effects. I had a lot of fun making this film and I am extremely excited to use the new skills I have learned in the future! 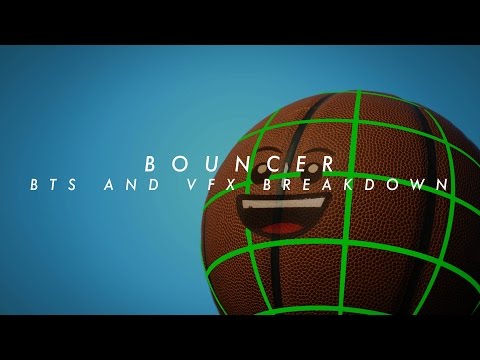