Past My RØDE Reel Winners: Where Are They Now – Larica Perera, Best Female Filmmaker 2016

We're getting to the pointy end of My RØDE Reel 2019. There are just a few weeks left to enter, and if you're looking for some inspiration to get you over the finish line, what's better than looking back at some of our past winners?

Larica Perera's harrowing horror/drama TIK-TIK won her the Best Female Filmmaker prize in 2016, as well as being a finalist for a slew of other categories: Best Cinematography, Best Horror, Best Non-English, and the illustrious Judges' Film prize. It's safe to say it was a show-stopper. 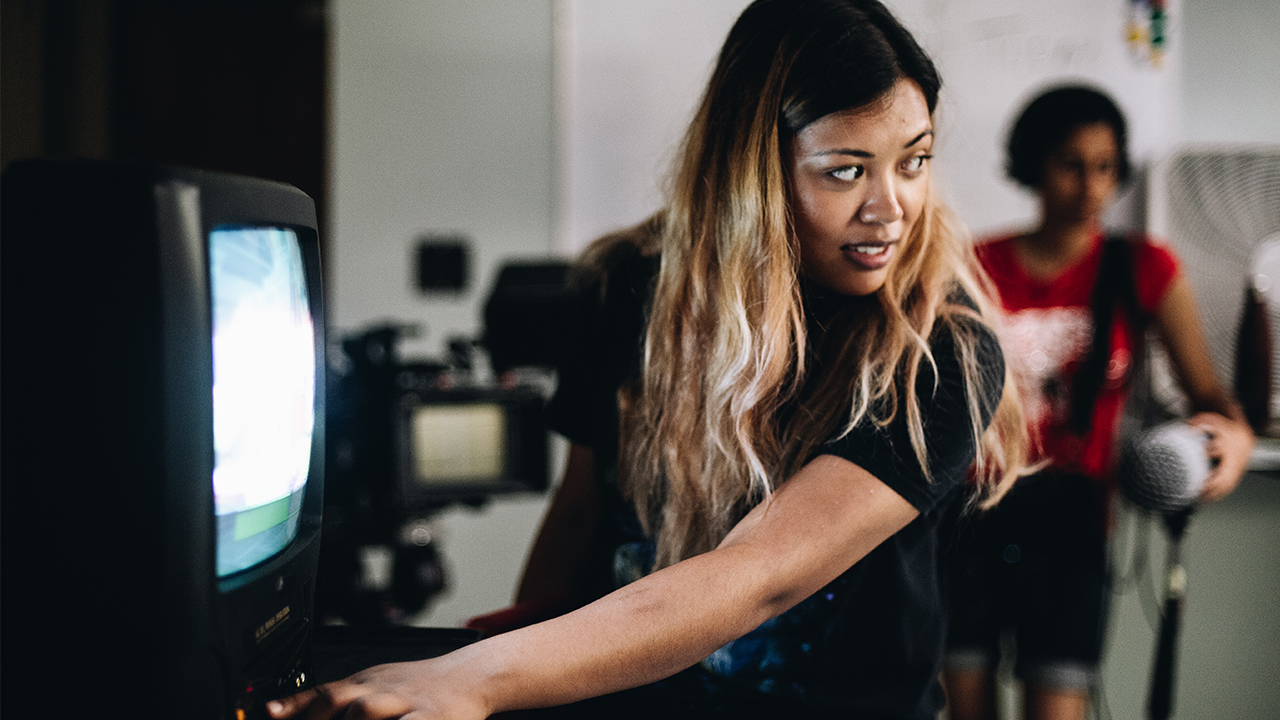 Set in the Philippines, the film is based on a popular creature in Filipino folklore, known as the Aswang. Shot in one take, the film's cinematography was a real standout – all shadowy and foreboding – and was a perfect example of how restraint can work so well in horror. The script was excellent too. We spoke to Larica about what inspired the film and what she's been up to since winning the prize.

Tell us a bit about TIK-TIK.

TIK-TIK was my first foray into horror filmmaking. Being half-Filipino, I grew up with folklore stories, passed down to me by my mom and grandmother, and it was always something that I wanted to see represented on screen. The goal was to create my own interpretation of the Aswang, a vampire-like creature known to feed on pregnant women and their unborn children.

Further than trying to make an eerie atmospheric film, I wanted to tell a simple story about family and community, and the ways we come together during difficult and horrific moments.

What are some things you learned from entering?

We knew going into filming that our resources were limited, along with our budget. I also thought the best way to immerse the audience into the world of the story was to do the entire film in one shot - which definitely added its share of challenges to the shoot. This really forced me to focus my direction in terms of how we wanted the story to unfold in a small space and within a short time frame.

We also learned a lot about lighting a space for atmosphere when doing a 'oner'. We had to plant light fixtures just out of frame and also utilize a lot of on-screen practicals so we could achieve the look we were going for. One of the pros about this was the ability for our actors to really feel immersed in the world, being able to flow through their performance more seamlessly.

What were some of the outcomes of winning the prize?

Winning the Best Female Filmmaker category was such a welcome surprise. We truly did not anticipate it but were (and still are) extremely grateful for all we received. We utilized the gear to produce our next couple of Camp 905 Collective films, including Wildflower and Midnight Toker; the latter won Judges’ Pick in 2017 (directed by Bea Macapagal).

TIK-TIK also made into quite a few films festivals around the world, which really allowed me to immerse myself in the horror film community, specifically in Ontario, Canada. It has been an extremely welcoming and supportive community. Most recently, I was invited onto a guest panel for a discussion about diversity in genre film at the Blood in the Snow Film Festival. Through this festival, TIK-TIK has also been included in the Bloody Bits: Shorts, Volume 2 compilation, available for purchase in North America.

What are you doing now?

In 2017, I received a grant from the Ontario Arts Council to produce a film I wrote titled Under The Supermoon. The film is about a family grieving about the loss of one of their own to suicide. It’s a particularly special film because we finished it in honour of my youngest brother Ian, who lost his battle to schizophrenia in December last year.

Post-production was a difficult process, both emotionally and otherwise, but a gratifying one, and I’m looking forward to sharing the film in the near future. Under The Supermoon aims to bring awareness to mental health and suicide prevention, and it’s my hope that I can continue to speak on this topic in future films.

We were also lucky to receive a second Ontario Arts Council grant for another short film titled Norah and Poppy, directed by Bea Macapagal. I’m a producer on this project, and it’s been great being able to wear a different hat on set. You learn a lot when you are able to switch roles and you gain a different purview on things.

We actually reunited with Mackenzie De Zilva on this project, who played the young girl in TIK-TIK, so it was great being able to see just how much she’s grown in her artistry and performance. She’s truly one to watch.

Aside from my personal projects, I also produce commercials and work in digital media communications full-time. We continue to build on the stellar amount of gear we received from My RØDE Reel and it’s our goal to keep creating for as long as we can. It's not lost on me that as an Asian female, I need to be a part of the movement to bring stories from the Asian community to the screen. I hope I can continue to represent this community well.

To find out more about My RØDE Reel and to submit your short film, head to the website. Entries are open now and close August 28th, 2019.