Past My RØDE Reel Winners: Where Are They Now - Leopold Caggiano, Best Soundtrack 2015 & Best Cinematography 2016

Calling all filmmakers! My RØDE Reel is back in 2019! And with over $1-million in prizes to be won, more surprises and more chances to be seen, the World's Largest Short Film Competition is bigger than ever.

If you're thinking of entering this year's comp, what better way to get inspired than by looking back on some of our past winners and seeing how far they've come since the comp? 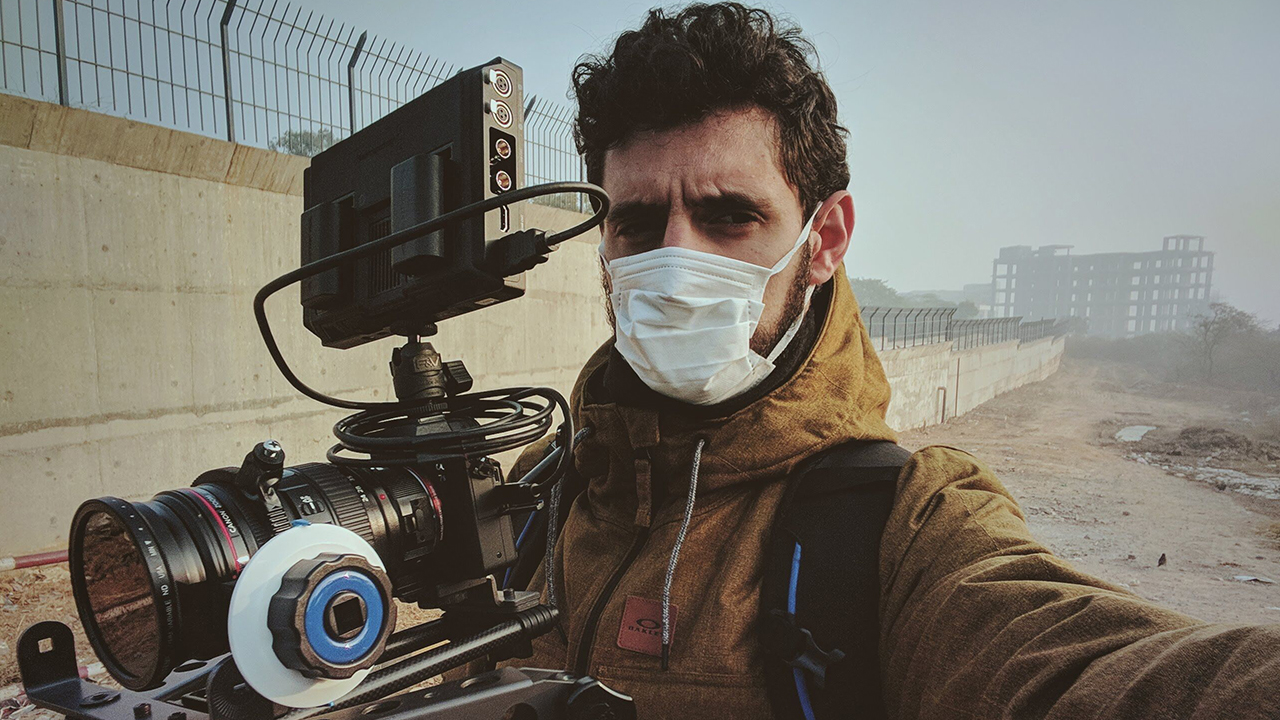 Leopold Caggiano has won a My RØDE Reel prize not once, but twice. The first time was in 2015, when he won Best Soundtrack in 2015 with Dear Susie, a clever film about an obsessive romantic; then the following year with Saturday, a hilarous short about a lonely man's monotous weekend. Check out both films below and see what Leo's been doing since winning.

Tell us about your winning films!

The real game changer for my life and career has always been Dear Susie.

The short movie, the obsessive love story between an Italian boy and an American girl, is an epistolary story about the incapacity to build a relationship from scatch. It's a comedy written, directed and interpreted by me - my debut as a short film director. I also worked as a DP and editor on the project. I wrote the short specifically for the contest as I wanted to challenge my self in directing my first very short story, to shoot a tale with no dialogue at all and to keep on working with my new born crew, made of very talented friends. Plus, that short represented the starting point of my collaboration with the guys at Pink Elephant, who made the Best Soundtrack award possible.

The idea of the movie was born from real life facts: I truly wrote a letter to a girl I met on a train, years ago while attending university in Milan, and never saw her again after. The memory of that weird but funny moment triggered the writing, and thinking of wrong letters to a girl I could never conquer felt really natural. I did it in one night, and those letters represent all there is as the script for the movie.

From writing to onlining, the short was realised in just three weeks. During those days we had to find a lot of creative solution to get the job done, despite having no budget and a lot of locations to shoot in. That was an adventure made possible by trusting each other every time, and having faith in our ability to pull the best out of every situation.

What are some things you learned from entering?

At the time (it was 2015) I was on my path to discover what role I loved the most of this job. I decided I should work on very aspect I could on the movie, except the audio department and costumes, which I had very little experience in. What I learned in those days was how much I enjoyed working with actors, thinking about the story and emotions created by well done shots, and how important whatever surrounds the movie itself is, like marketing, distribution, backstage photography and video, and so on.

What did winning do for your career?

Winning the prize boosted my confidence a lot! It was the first step on a path I knew would be long and hard, and having that prize in the records of the short helped it getting noticed by the audience and being selected in other festivals, winning more awards and being able to realise the short that followed thanks to the support received.

And what are you up to now?

Sometimes in life, goals are achieved and dreams start coming true. From Dear Susie onwards, I've worked as a full time director and producer on many different projects driven by a strong focus on storytelling.

I wrote and directed my first trilogy of shorts, that goes by the title of The Trilogy Of Solitude. Saturday and Dear Susie are the first two chapters, but the third one, How To Save Your Darling, has been a completely new experience: working side by side with two young production companies, it was the first time I went to shoot a movie in Rome, the capital of cinema in Italy. The short is a comedy on the art of being in a couple, or, I should say, on solving problems together which you didn't have when you were on your own.

The distribution of the movie spread it all over the world, from Venice to Los Angeles and China, reaching the goal of winning the Best Editing Award at the Grand Off Film Festival in Warsaw, the most important independent short film festival we have in Europe. Nowadays, the movie is still distributed in cinemas, and soon it will be available online.

My shorts opened the way to all kind of experiences, but one I was truly thrilled about was with Riva Motoscafi company, the Ferrari of the seas. They contacted me in order to write and directed a short movie dedicated to the Engineer, Carlo Riva, the company's historic founder. His legendary story is being celebrated one year after his death with the short film entitled The Master Bridge.

I've been asked to tell a story about the entrepreneur's innovative philosophy through a fiction film with no references to the documentary aesthetic. The result is a tale of the journey to discover a world of excellence and passion made by a creative young man, all set in the historic dockyard in Sarnico, here in Italy, which juts out onto the lake like a majestic boat itself. 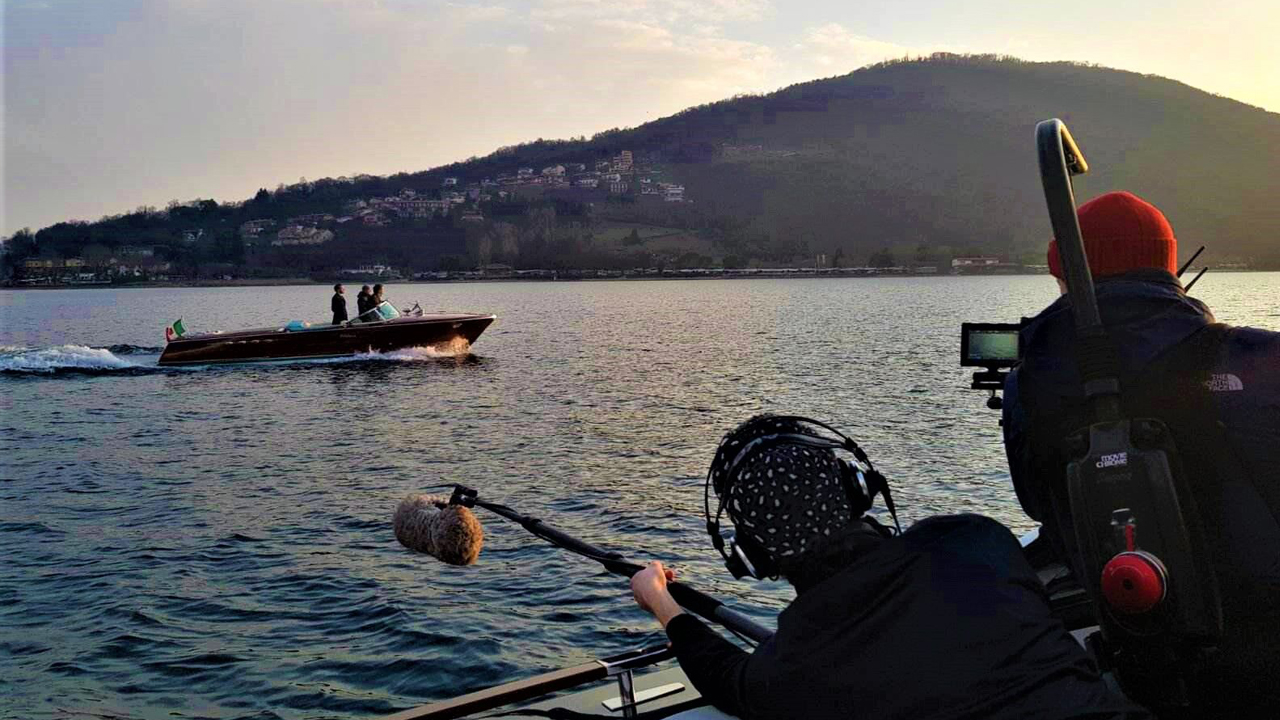 Leo on the set of 'The Master Bridge'.

Over the years, I've worked a lot on branded content with companies, learning how to adapt my storytelling techniques to the needs of my clients. I am especially proud of the short series I wrote, directed and produced for ZEISS, best known in our field for their excellence in lens making. They also excel in the market of eyeglasses' lenses. The brand believed in the use of storytelling to convey a message without talking directly about their products, and I had the freedom to chose lightness and realism as the keywords to guide the whole project; a fil-rouge crossed by an ironic, light, but never superficial style of narration.

Aside of all this, my love for human beings and realism made me explore a lot, ending up shooting three short documentaries in Sardinia, one of the Italian regions that still holds to its long lasting traditions. Me and my friend Andrea Pecora explored the very center of this land to talk about its dying customs, and the shorts where included by National Geographic and Nowness in their channel, with more than a million views in the first week of screening.

I had a lot of amazing experiences after My RØDE Reel 2015, and I'm so grateful to the contest and to its wonderful community, that I'm planning on being part of the race again this year with a new short, while prepping the production of my first feature film and finishing the writing of my first television series.

To find out more about My RØDE Reel and to submit your short film, head to the website. Entries are open now and close August 28th, 2019, so get shooting!